How do you learn from mistakes? First, acknowledge them! This may be hardest step. Just because you made a mistake, doesn't mean that your whole life is a mistake. No one is perfect and if you're making mistakes, it also means that you're learning and growing, which is really brave, and in the end puts you ahead of the game. developgoodhabits.com

The Impossible Burger is a plant-based burger, the key ingredient of which is a protein called soy leghemoglobin (SLH for short), derived from genetically modified (GM) yeast. It's already being sold in restaurants and supermarkets in the U.S. However, the results of a rat feeding study commissioned by Impossible Foods and carried out with SLH suggest that the burger may not be safe to eat. The rat-feeding study results suggest that the agency's concerns were justified. Rats fed the GM yeast-derived SLH developed unexplained changes in weight gain, changes in the blood that can indicate the onset of inflammation or kidney disease, and possible signs of anemia as well as many other safety issues. The many statistically significant changes in multiple organs and systems suggests that closer scrutiny of the safety of SLH is urgently required. To read more, go to: childrenshealthdefense.org

Pump Up the Volume! High-volume foods can fill you up with fewer calories. Example: you might not find 100 calories of raisins (about 1⁄4 cup) as satisfying as 100 calories of grapes (about 1 cup). In one study, people who ate a salad piled high with fresh produce consumed 8% fewer calories (but felt just as full) as those who had one loaded with higher-density (and lower-volume) toppings like cheese and dressing. bodzii.com

In a study published in Chiropractic and Manual Therapies, researchers looked to see if a single chiropractic adjustment (which affects the Central Nervous System) could have a positive effect on the immune system. And they found that it did! Your immune system is responsible for killing the virus that causes the common cold and supporting it is the only way to speed the healing process and stay healthy. Good hygiene, proper diet and nutrition, and getting enough sleep, all play an essential role in supporting your immune system. If the master control system of the human body (the Central Nervous System) is being stressed, then those systems intimately involved with it (the immune system) will also be affected. If we support the nervous system through proper spinal function and alignment, then we will ultimately support and strengthen the immune system. Who do you know that could benefit from chiropractic care? patch.com

Studies show that consuming 1 to 3 oz.  of aloe gel at mealtimes could reduce the severity of GERD and other digestion-related problems. When used as a mouth rinse, pure Aloe vera juice is just as effective at reducing dental plaque buildup as regular mouthwash. Just two tablespoons per day can lower blood sugar levels in people with type 2 diabetes. Researchers are currently investigating how aloe may play a role in different types of cancer, as well. healthline.com

"I don't measure a man's success by how high he climbs but how high he bounces when he hits bottom." ~General George S. Patton

Contact one of our convenient locations in Galloway, Egg Harbor Township, Atlantic City, and Hammonton today! 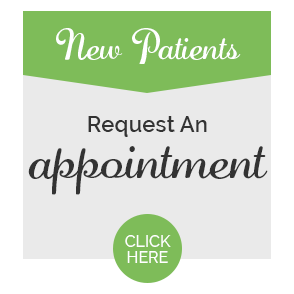